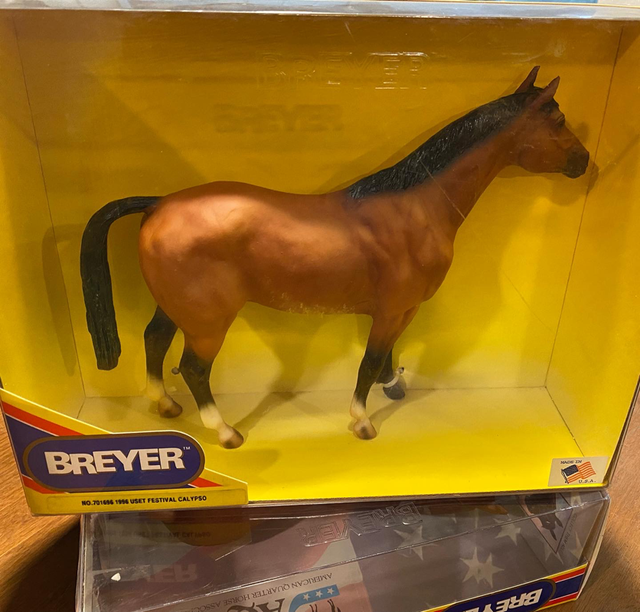 Calypso was a smaller horse for show jumping, at just over 16 hands, but together, he and Smith won many competitions during the years they competed in show jumping. Calypso and Smith became the only horse-rider team ever to win all three parts in the triple crown of show jumping competition; The American Invitational, The International Jumping Derby, and the American Gold Cup. Smith and Calypso also helped the United States Equestrian Team win their first Olympic Gold medal in show jumping at the 1984 Los Angeles games.